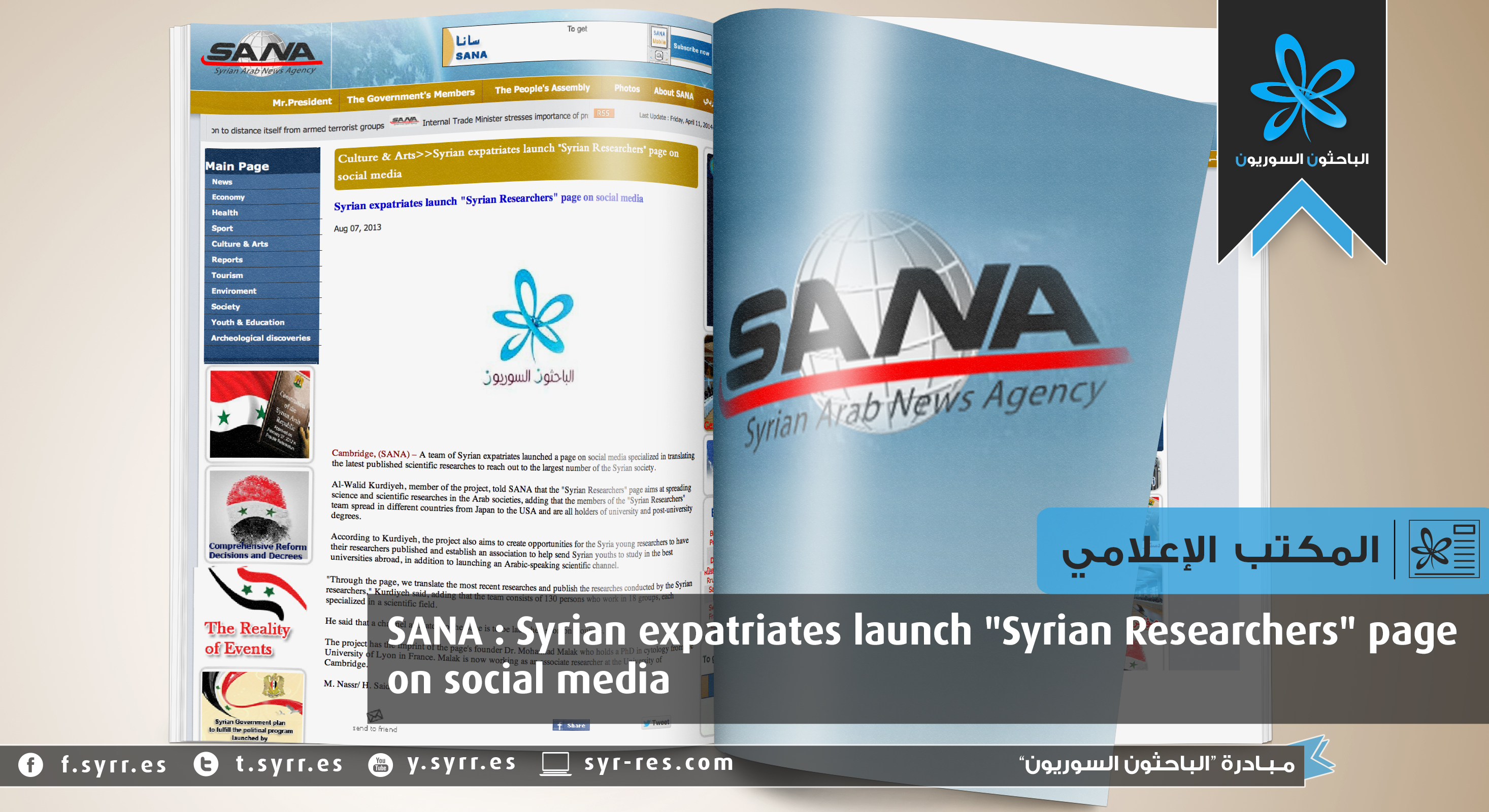 Cambridge, (SANA) – A team of Syrian expatriates launched a page on social media specialized in translating the latest published scientific researches to reach out to the largest number of the Syrian society.

According to Kurdiyeh, the project also aims to create opportunities for the Syria young researchers to have their researchers published and establish an association to help send Syrian youths to study in the best universities abroad, in addition to launching an Arabic-speaking scientific channel.

"Through the page, we translate the most recent researches and publish the researches conducted by the Syrian researchers," Kurdiyeh said, adding that the team consists of 130 persons who work in 18 groups, each specialized in a scientific field.

He said that a channel affiliated to the page is to be launched soon on Youtube.

The project has the imprint of the page's founder Dr. Mohannad Malak who holds a PhD in cytology from the University of Lyon in France. Malak is now working as an associate researcher at the University of Cambridge.